Portuguese Traditions: The Amazing Craftsmanship Of Hand-Painted Tiles ♦ Hand-painted tiles, also known as Azulejos, are a traditional and ancient art form popular in Portugal. It involves a specific way of hand-painting tin-glazed ceramic tilework, usually with blue or yellow paint. These marvellous artworks can be found both indoors and outdoors, especially in churches, palaces, schools, restaurants, bars, hospitals, subway stations and even in some ordinary houses. Secrets from Portugal brings you a bit more about this amazing craftsmanship technique.

♦ Discover The Portuguese Traditions And Subscribe To Our Newsletter ♦

At first, its main function was not ornamentation, but temperature control. This unique art can also be found in prior Portuguese and Spanish colonies, like America, South America, Goa, Angola, Mozambique and the Philippines. In Liguria, Italy, Azulejo also bloomed thanks to the relationship with both Christian and Islamic territories of the Iberian Peninsula. In the beginning, azulejos were imported and only started to be produced in these countries later on.

In the Portuguese particular case, Azulejos are part of the cultural identity of the people, since they can be found applied on walls, floors and even ceilings everywhere. They also evoke vital historical and mythical scenes from Portugal’s past, so they are treasured for their storytelling abilities that prevail despite the passage of time.

The word “azulejo” comes from the Arabic “zellige” which means “polished stone”. The original idea of Azulejo was to imitate the Byzantine and Roman mosaics. This origin explains the obvious Persian influences in many tiles, as the interlocking curvilinear, geometric or floral motifs. Zellige is a word you can still hear in the Arab world thanks to two main traditions the “Egyptian Zalij”and the “North African Zellige”.

♦ Discover the Portuguese Traditions and ♦

Port Wine: Your Complete Guide To Taste It Like a Professional

What To Do in Porto: 48 Hours In The Undefeated City

The Spanish city of Seville became the major centre of the Hispano-Moresque tile industry. The earliest azulejos in the 13th century were alicatados (panels of tile-mosaic). These tiles were glazed in a single colour, cut into geometric shapes, and assembled to form geometric patterns. Many examples can be admired in the Alhambra of Granada. The old techniques of cuerda seca (dry string) and cuenca were also developed in Seville in the 15th century.

These techniques were introduced into Portuguese culture by the king Manuel I after a visit to Seville in 1503. They started to be applied on walls and used for paving floors, as we can see in several rooms, and especially the Arab Room of the Sintra National Palace (including the famous cuenca tiles with the armillary sphere, symbol of king Manuel I). Portuguese adopted this Moorish tradition of “horror vacui” (fear of empty spaces), so they covered the walls completely with azulejos.

Due to the influence of the Renaissance style introduced by Italians artists, most azulejos were polychrome tile panels portraying allegorical or mythological scenes, scenes from the lives of saints or the Bible, or hunting scenes. Mannerism and the grotesque style, with its bizarre figures, also had much influence on this art.

♦ Portuguese Traditions: Discover all the Secrets from Portugal ♦ 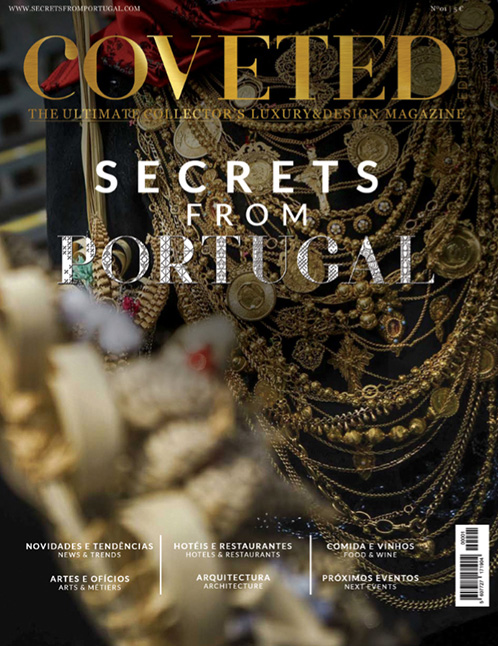 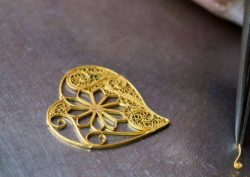 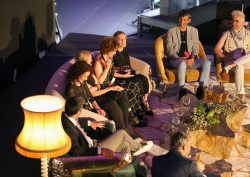 SUMMIT: The Luxury Design & Craftsmanship Fair Is Back In Porto 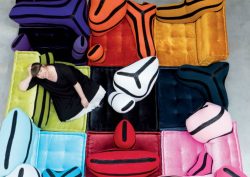 Joana Vasconcelos And Roche Bobois, The Partnership Of The Year

Joana Vasconcelos And Roche Bobois, The Partnership Of The Year ♦ Joana Vasconcelos have partnered with the French brand Roche Bobois. The furniture collection is inspired by some of the brands most known products such as the Mah Jonh sofa. The Portuguese artist has reinterpreted six of the famous pieces of Roche Bobois maintaining their essence. […]